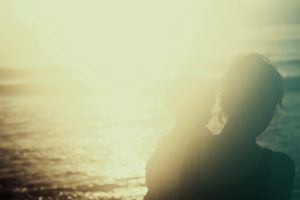 For instance, I have always thought God struck Paul with blindness during his Damascus Road experience. But in rereading that story this morning in the light of Grace, I come to a very different conclusion.

Paul describes his blindness like this: “And since I could not see for the glory of that light, being led by the hand of those who were with me, I came into Damascus.”
‭‭Acts‬ ‭22:11‬ ‭NKJV‬‬

Paul was literally blinded by the Light! Beholding, the brilliance and glory of Jesus, was more than his retinas could handle and he was left blind.

Although Paul had persecuted the church and was even now on his way to bind both men and women who preached Jesus, Paul’s blindness was not a punishment nor a judgment as I have believed for years. It was the result of a merciful and loving act. Misguided Paul experienced Jesus in all of His glory.

Paul described his Damascus road as being “kissed by mercy”, “flooded by grace,” and “captured by grace.” (I Timothy 1:13-16 TPT)

Ananias placed his hand on Paul’s eye and scales fell off so that Paul could see. Brothers and sisters, allow the Holy Spirit to put his hands on our eyes. Let the lens of condemnation, anger, judgment fall from our eyes so that we can see God through the lens of grace. Let us see and comprehend how good He really is.