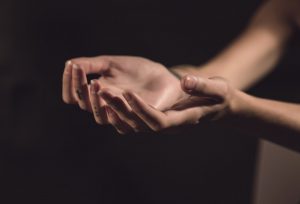 Character- that seems to be what God is speaking to me about this season – the characteristics of a good leader.

While David made some grave mistakes as King, he walked in excellence as he waited for Kingship. Here are leadership traits David displayed while he waited.

1. He was led by the Lord. Lord should I go or should I stay, he inquired.. He was not driven by fear. He listen to his men but the Lord made the ultimate decision.

2. He took care of his family. He made sure his parents were safe. He allowed his brothers to be part of his band of warriors, even though they were not his biggest fans.

3. He shepherded well regardless if he were shepherding sheep, an army of thousands, or 500 discontented men in debt. Good leaders learn to lead in obscurity.

4. He absolutely refused to strike out against the one who was trying to hurt him. He honored Saul’s authority even though Saul did not deserve it.

This last point for me is where I fail so often. Now, of course I would never physically harm anyone but my mouth has assassinated many. So that is my prayer this morning. Who needs to pray with me?

“Afterward, David’s conscience bothered him because he had cut off the corner of Saul’s robe. He said to his men, “As the Lord is my witness, I would never do such a thing to my lord, the Lord’s anointed. I will never lift my hand against him, since he is the Lord’s anointed.” With these words David persuaded his men, and he did not let them rise up against Saul. Then Saul left the cave and went on his way.”
‭‭1 Samuel‬ ‭24:5-7‬ ‭CSB‬‬