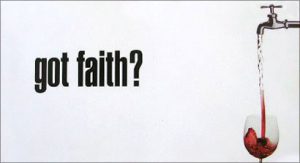 Do you remember singing,

🎶 “Father Abraham had many sons, many sons had Father Abraham. I am one of them and so are you. So let’s just praise the Lord.” (I will probably change sons to kids when I sing it to my grandchildren, but that’s another story.)

I was reading about Abraham in the book of Romans this morning and thought about the truth in that simple child’s song.

We are all children of Abraham. When we accepted Jesus as our Savior, we were all grafted into his lineage. We may not share physical DNA with Abraham but we share his spiritual DNA. We have his faith.

Romans 4, gives us a glimpse of the faith we posses as Abraham’s seed:

1. Abraham believed God and it was credited to him as righteous (v. 3). We were made righteous by the atoning works of Jesus (II Corinthians 5:21) yet we need faith to believe it. The enemy constantly reminds us of our past and our mistakes in an attempt to get us to question our right standing with God. But we must stand in faith like Pops Abe and say, “No, despite the mistakes I made yesterday, I am still the righteousness of God in Christ Jesus. I didn’t earn it. It was a gift and my Father does not take back His gifts.”

2. Abraham believed in a God who calls nonexistent things into existence (v. 17). Abraham believed God could resurrect his seed and Sarah’s dead womb. He believed in a God who did not comprehend the word “impossible” in reference to Himself. We have this same faith. We have faith to believe our God is a “Cancer defeating, Virus stopping, womb opening, family restoring, God.” And we pray like we believe this.

3. Abraham’s faith allowed him to hope when all Hope seemed gone (v.18). He believed God despite the biological impossibility. He believed God over the doctor’s report, over societal norms, over traditionally held knowledge. He clung to the promises of God without wavering. We have this same measure of hope within us. We believe the promise will come to pass despite what see in the natural. We refuse to give up. We refuse to not hope. We take God at His Word.

Boys and girls, this is the faith we have. This is the spiritual DNA we inherited. We have mountain moving, demon destroying, breakthrough bringing faith. We have the faith of Father Abraham because I’m his kid and so are you. So let’s just praise the Lord.

“That’s what the Scripture means when it says: “I have made you the father of many nations.” He is our example and father, for in God’s presence he believed that God can raise the dead and call into being things that don’t even exist yet. Against all odds, when it looked hopeless, Abraham believed the promise and expected God to fulfill it. He took God at his word, and as a result he became the father of many nations. God’s declaration over him came to pass: “Your descendants will be so many that they will be impossible to count!””
‭‭Romans‬ ‭4:17-18‬ ‭TPT‬‬