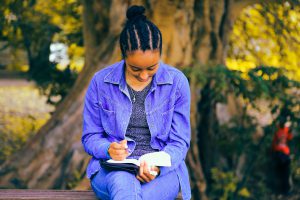 Yesterday, we read the story of Jephthah. He was rejected by his brothers because of his mother’s transgression, He was denied his inheritance and exiled from his land. But nonetheless Jephthah prospered in his new land.

Now, the rest of the story….

Jephthah did not allow his brother’s rejection to alter the call on his life. He was a man of valor regardless if it were at home or in a foreign land. So while he was leading, walking in his gifts there was a knock on his door. The same people who rejected him, now needed him to come and fight on their behalf. They wanted this man whom they had discarded, to now be their leader.

If God has called you to preach, you don’t need a stage; you preach the good news everywhere you go.

If God has called you to prophesy, you don’t need a microphone; you speak blessings and hope over everyone you encounter.

If God has called you to sing, you don’t need an audience; you enter in the presence of God while driving.

If God has called you to lead, you don’t need a title; you lead organically.

If God has called you to pray for the sick, you don’t wait for Sunday morning; you will have a healing service in the parking lot.

Be faithful to the calling, not the position.

And when you are, God will promote you. When you are faithful in the hidden places, God will bring promotion in the public places. Jephthah led his ‘scoundrels’ well in secret. Then he led his clan and finally all of Israel. Jephthah did not ask to be a leader. He just was.

I believe God is saying to us this morning: “Stop asking and just be. There you will find fulfillment. Just be who I called you to be and allow me to redeem and restore.

“So Jephthah went with the elders of Gilead, and the people made him head and commander over them. And he repeated all his words before the Lord in Mizpah.”
‭‭Judges‬ ‭11:11‬ ‭NIV‬‬