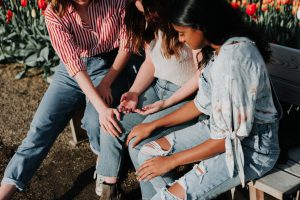 God has not given us a spirit of fear. Do you believe that? Then why is fear so prevalent among Christians?

I was meditating on some great battles and noticed this:

Fear comes by seeing.
Moses sent out 12 spies to recon the promised land. Ten brought back a bad report. The spies feared because of what they saw:

“And they gave the children of Israel a bad report of the land which they had spied out, saying, “The land through which we have gone as spies is a land that devours its inhabitants, and all the people whom we saw in it are men of great stature.”Numbers‬ ‭13:32‬ ‭NKJV‬‬

Solution: Envision your Risen Savior sitting at God’s right hand. See sin, sickness, and lack being nailed to the cross. See Jesus defeating and disarming the enemy. Then use your sanctified imagination to see yourself healed, free, prospering. Faith comes by envisioning.

Fear comes by hearing.
When Goliath taunted the armies of Isarael, they were impressed by his size, his strength, and his promises. “When Saul and all Israel heard these words of the Philistine, they were dismayed and greatly afraid.”
‭‭I Samuel‬ ‭17:11‬ ‭NKJV‬‬

Solution: Let God’s word and His promises speak louder than what you hear in the world. Read his word aloud. Declare his promises. Faith comes by hearing as well.

Israel was about to face an impossible battle. They were confronting an army who had defeated many in the land. They had seen this armies destruction. They had heard about this army’s exploits. But as they went into a battle that many would have considered futile, the Lord spoke these words through the King: