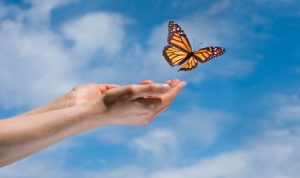 She literally lived on the wrong side of town. Samaria. The Jews avoided Samaria like the plague. Not only was she from the wrong side, she was a sinner amongst sinners. Shunned by her own people because of the severity of her sin.

Today, like everyday, she made her way to the well in the middle of the day to avoid the condemning looks, the self-righteous stares, and the biting comments. But this day her life was about to change forever. She had an encounter with Jesus. He spoke with her. He didnt condemn her. He didnt wag His finger at her and demands better of her. He simply had a conversation with her.

The problem is, when you have an encounter with Jesus you can’t help but change. This woman who came to the well at noon to avoid the crowd, left to go find a crowd and tell them about Jesus. She came ashamed she left with boldness. She came weary she left refreshed. She came a sinner she left an evangelist. Why? Jesus did not call her out on her sin, He called her up into her destiny.

In two weeks, we invite you to have an encounter with Jesus at the Supernatural Women’s Conference. Like this woman you will leave emboldened, refreshed, and propelled into your destiny. Come encounter Jesus with us March 15 & 16. Register at MBoldenMinistries.com

Then, leaving her water jar, the woman went back to the town and said to the people, “Come, see a man who told me everything I ever did. Could this be the Messiah?” They came out of the town and made their way toward him. (John 4:28-30 NIV)