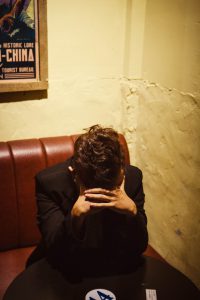 She was guilty. No doubt about it. She was caught in the very act.

They dragged her out of bed, half-naked, head hung, ashamed. She was a pawn in their twisted game.

This angry mob demanded justice. She was an adulterer. The law was clear, she deserved stoning. She deserved an horrific, embarrassing, shameful death. What would this Jesus do? If He were truly a prophet, if He were truly sent from God, He would have to demand she was stoned.

With stones in their hands, they waited for the judgment.

But Jesus had a secret they didn’t know. A secret we often forget.

We all can quote John 3:16 but the secret is found in John 3:17 – “For God did not send his Son into the world to condemn the world, but to save the world through him.”

Jesus’ job description was to save, not condemn. He came to forgive, to extend grace, to defeat the enemy and to get back all that was stolen from us, to empower us to live an abundant life.

So when this dear woman stood before him dripping with sin, He did what He came to do. He extended grace and empowered her to make better choices. He invited her to an abundant life.

Who are you in this story?

Are you the angry mob ready to throw stones? Are you scrolling through Facebook casting stones at your political foes? Have you decided a group of people are all destined to Hell? Jesus is extending an invitation to you. Remember the grace you have been extended. Remember how He forgave you, redeemed you, loved you when you didn’t deserve it. He didn’t condemn you. He is inviting you to put your stones down and extend mercy as it was extended toward you.

Are you the woman standing before him guilty with sin? Have you made bad choices that have left you feeling ashamed, embarrassed, unworthy of love? Jesus is extending an invitation to you as well. Accept His unconditional love. Accept his forgiveness. Believe Him when He says He doesn’t see your past, your mistakes but He sees you as holy and blameless. He did not come to condemn you. He came to offer you life abundantly. He came to empower you to go and sin no more. Believe it. Receive it.

The truth is we have all been part of the angry mob at one time or another. We have all at one time been the woman caught in adultery.

But the good news is that Jesus is always standing before us and offering us the gift of no condemnation. His love doesn’t waver. His invitation stands: Remember My grace. Extend My grace. Receive My grace.